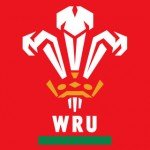 With Wales winning three of their four group stage matches they qualified second in group A, finishing just behind Australia. This gives them the slightly more difficult draw against South Africa at the quarter final stage.

Emyr Lewis, Midshire Account Manager and ex Wales international gives us his expert views on the Wales V Australia match and his prediction for the upcoming, all important Wales v South Africa match, happening this weekend.

You predicted an Australian win last week. Did the match play out as you thought?
I knew that it would be a close game but did expect more of an expansive game with tries being the deciding factor. Instead we had a very physical, defence orientated game with both teams excelling in this department.

Was it an opportunity missed when Australia went down to 13 men?
Most definitely. When any team is down by 2 players you have to make them pay. Wales were guilty of attacking the fringes instead of attacking out wide and making Australia work harder defensively. An opportunity lost.

What was the weakest part of Wales’ games? What will they look to improve going into the next match?
Game management. Their lack of ability to play to the opposition weakness. It is far easier to play the game from the stands as a spectator but I am sure the Welsh boys will be kicking themselves for not taking advantage of the extra players. SA will be another step up in physicality and Wales will need to be more creative when in possession of the ball and take a leaf out of Japan’s book who beat them by playing expansive rugby.

Who was your player of the match and why?
Scott Fardy. The blindside flanker was immense. Slowing Wales possession down. Making a nuisance of himself in the mauls and always making yards in attack.

What is your predication for Wales V South Africa?
Another close encounter. Wales to win by 6 points.

Midshire will soon be launching a competition for schools across the country in conjunction with Emyr and Toshiba, one of the official World Cup sponsors, and Midshire’s newest technology partner. Schools will have the chance to win a rugby training session with Emyr and Toshiba sponsored rugby kit. Further details will be released as the World Cup competition goes on.