Midshire Sales Manager, Nick Rose has put his running shoes on once again, this time to raise money for Cancer Research UK.

On Sunday 4th December, Nick joined 1,500 runners to take part in the Hoka One One Stockport 10 race, a 10 mile undulating course starting and finishing at Woodbank Park, Stockport in an incredible 1 hour, fifteen minutes and twenty-three seconds.

Nick has so far raised an outstanding £1,070 for Cancer Research UK in just two weeks. The charity has particular importance to everyone at Midshire, as

Steve joined Midshire in 2014, with a wealth of experience in warehouse management and health and safety, including: IOSH managing safely, first aid and fire safety. In his first few months at the company, Steve completely transformed the warehouse facility and took on a junior assistant, who he trained and mentored through to completing an apprenticeship. The impact Steve had on the company was huge and as such, he was unanimously voted Employee of the Year 2015 by the senior management team and his colleagues.

A credit to the local community, in his own time Steve volunteers as a Police Special Constable, and also run 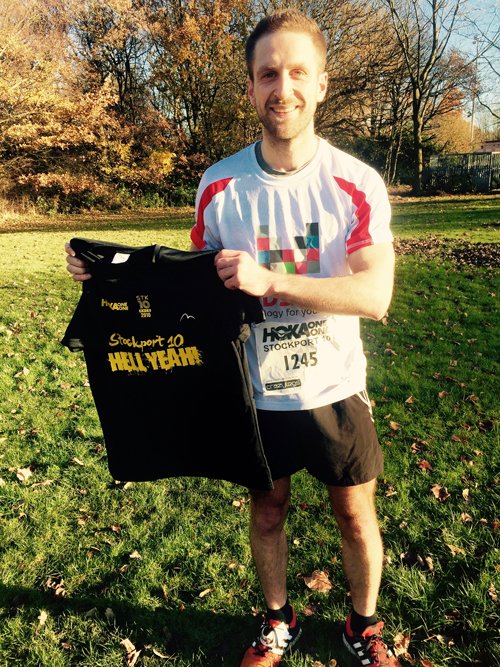 When the devastating news of Megan’s illness was uncovered, Steve took leave from the company to be at home with and to care for Megan, whom he met as childhood sweethearts and who was the love of his life.

Nick comments: “I’ve run further and faster than I did on December 4th, but I have never run with more fire in my heart. As soon as I heard about the devastating news, I started thinking about ways I could raise money for the charity.”

Cancer Research UK is the world’s leading charity dedicated to beating cancer through research. Entirely funded by the public, they rely on fundraising activities to fund their research projects.

Nick is no stranger to running, having completed the London Marathon, Manchester Marathon and Stockport Big Run for charity over the past few years.

Over the next 12 months, Midshire will be organising many more fundraising activities to raise as much money as possible for Cancer Research UK. Follow them on Twitter and Facebook to keep up-to-date with their events.

If you would like to donate, visit Nick’s Just Giving page here: https://bit.ly/2fLGymu