Midshire’s Marketing Manager highly commended at Made in Manchester Awards

Midshire’s Group Marketing Manager Adrienne Topping was highly commended in the Marketing Professional of the Year category at the Made in Manchester Awards ceremony.

The Made in Manchester Awards, now in their fourth year are organised by Future Pro Manchester and aim to celebrate the best professional talent in the Manchester area.

Radio presenter Tim Cocker hosted the awards and dinner at the Hilton hotel in Manchester city centre on Thursday 4th of February. Over 450 guests were there to support the nominees in the twelve categories.

Midshire Group Marketing Manager Adrienne Topping was shortlisted in the ‘Marketing Professional of the Year’ category. In a tough shortlist Adrienne was just pipped to the top award. However the judges were incredibly impressed with her skills and drive, highly commending her efforts. 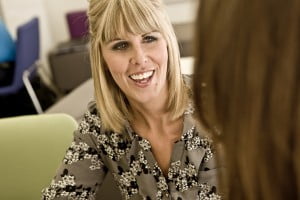 Adrienne joined Midshire in 2012, taking on the newly created role of Marketing Manager. A talented graphic designer, Adrienne has led the in-house company rebrand in 2014 which has rejuvenated the company’s image and sets Midshire apart as a full service office technology provider.

Over the last four years Adrienne has successfully promoted the company both online and offline through PR coverage in local and national press, sponsorships across the UK and creating a host of business partnerships.

This has led to great success for the group, as it continues to increase its customer base and posts record turnover figures, year on year.

Adrienne comments on the awards “Being shortlisted for a MIMA award is a huge honour for me and is a culmination of over 10 years of work, from junior designer, progressing to senior designer, studio manager and then into a marketing role.

I’m incredibly proud of what we have achieved at Midshire in the four years since I joined. I get a huge pleasure out of seeing the company develop and grow, and being an integral part of that.”

Midshire sponsored and presented the award for Manchester Champion, and Sales Manager Nick Rose, as a past winner of the award was delighted to hand over the accolade.

Both of the award nominees work hard to support the community and local charities, but congratulations were in order to winner Andrew Trott-Barn from James Roberts Hairdressing, who scooped the prize on the night. James also went on to win the Chairman’s Rising Star Award, being the person that Future Pro-Manchester view as a future leader in their field.