Midshire's Dave Clark up for Young Professionals IT Award

Office technology sales and service provider Midshire® is delighted to announce that it’s very own Senior IT Consultant, David Clark has been shortlisted for a NW 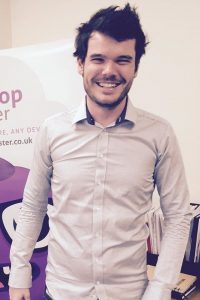 Insider Young Professionals Award 2017, in the young person in IT /technology category.

Joining Midshire’s northern office in November 2013, Dave has contributed massively to Midshire’s achievements and growth in recent years, initially being brought in to develop the company’s IT business with the IT Manager at the time, Phil Marshall.

The Young Professionals Awards celebrate the success of young business talent across the whole North West region. The awards are given by Insider, one of the UK’s most successful business-to-business media companies, with the shortlist being decided by Insider industry experts.

“I have been in this industry nearly 30 years now, in that period I have been fortunate to work with some exceptional people. David Clark is one of the most talented individuals I have had the pleasure of working with. His knowledge and absolute passion for IT has helped Midshire take its first steps into the world of IT. His vision has now firmly placed us at the forefront of the industry.

“Since Dave joined Midshire, not only has he formed integral global partnerships with new suppliers, he has provisioned and built our in-house hosted desktop solution – Desktop Monster®, which is now an award-winning product.”

“More importantly to me than any of the above, Dave is also a really lovely guy.”

As Senior IT Consultant, Dave played a vital role in developing, launching,and building Midshire’s IT services business. He confirmed the company asa licensed Microsoft and Citrix service provider, identified major profitable partnerships with global IT suppliers such as DataOn and DoubleTake, and built Midshire’s hosted desktop product Desktop Monster, entirely from the ground up. 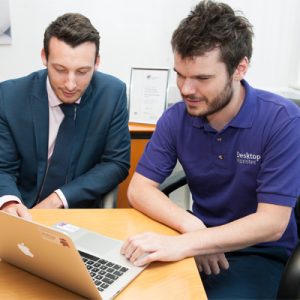 Desktop Monster was recognised at the Talk of Manchester Awards in 2016 as ‘Best Technology Product’, whilst Midshire won ‘Best SME Support Company.’ Both awards can be attributed to the significant contribution, passion, and commitment from Dave to Midshire’s IT services.

Philip Sundet, Midshire IT Manager comments: “Having developed Midshire’s Desktop Monster product as a service solution, Dave has a clear keen eye on future technologies and the creative spark to bring innovation to the fast-paced business technology sector.”

“Dave is very vocal about his passion for all aspects of IT. He implements a wide range of projects to meet the needs of our customers, who he has built great relationships with.”

This year’s winners will be announced at an awards evening at the Lowry Hotel in Manchester on the 20th of April.