Midshire is delighted to strengthen its partnership with Stockport County’s Community Foundation.

After a successful season as kit sponsor Midshire is set to expand its support by becoming the foundation’s Schools Coaching Programme sponsor for the upcoming season. 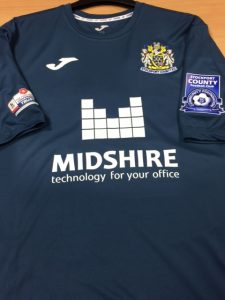 Midshire’s logo will appear on all staff training kit which will be used throughout the season during coaching sessions.

The Schools Coaching Programme is an important aspect of the foundation’s work and helps to involve the wider community in the football club and its initiatives. The programme is extremely popular and this year has secured a record number of new partnerships with schools in Stockport, Tameside and High Peak. The team of 20 highly experienced coaches deliver structured sessions to children of all ages and abilities. The sessions aim to improve skills such as: agility, flexibility, co-ordination and balance.

“Following on from a very successful kit sponsorship over the previous twelve months, all the staff and board of trustees at the Community Foundation would like to thank Midshire for agreeing to sponsor our Schools Coaching Programme for the coming year. We are again very excited about working alongside such an outstanding company that supports so many charitable organisations like ourselves in Stockport and which is vital for our continued success moving forward in making people aware of the Community Foundation and give them access to our Football Club.”

As well as the School Coaching Programme the foundation also looks to encourage participation across all groups. Specific coaching for girls, pan-disability players and walking football adds to the foundation’s football offering, while programmes with Stockport Homes and Moss Bank Homes engage young people with valuable skills and information, such as healthy eating.

The foundation’s Disability Officer, Jordan Raynes has recently been nominated at the Stockport Sports Awards as ‘Disability Achiever of the Year’. Jordan has developed the County’s Disability programme over the last 18 months to now include three teams. 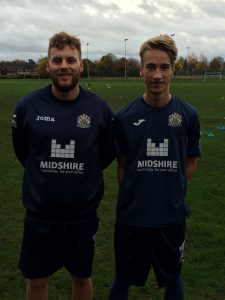 “I didn’t hesitate in sponsoring the community foundation again this year. The Schools Coaching Programme is an excellent initiative and is well received within the area.”

Midshire is an active sponsor of a number of local organisations, including sports teams, theatre groups and charity events.