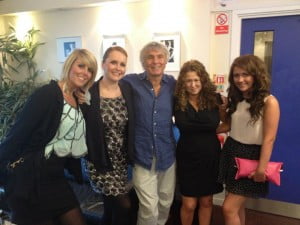 Wag AMusical, written by Stan Boardman and directed by Pauline Daniels, came to life thanks to an internet hit by Paul McCoy and Stan Boardman. Its catchy lyric – ” I wanna be a wag, Jimmy Choos and a Gucci bag, 4×4, a Mini and a Jag”. Inspiration came to the pair for a musical featuring a checkout girl called Jane, who dreams of marrying a footballer, and whose best friend Mary thinks it is a brilliant idea, until it happens. Featuring a cast of nine, including dancing bin men singing about recycling, an over enthusiastic cosmetic surgeon and a gay footballer. Eight songs and eight scenes.