Made in Manchester Awards - Midshire

You Are Here Latest News and Event Made in Manchester Awards

Made in Manchester Awards

The Made in Manchester Awards were held at the Midland Hotel and were attended by more than 400 people – sponsored by Midshire Business Systems and hosted by BBC Radio Manchester presenter Andy Crane.

Julian Stafford Managing Director of Midshire Business Systems Northern said about the evening “Midshire is delighted to sponsor the first Made in Manchester Awards, a fitting celebration of emerging talent in a city widely acclaimed as Britain’s best for business*.

The whole package: hard work, talent and innovation are what the future pro.manchester judges have been looking for in the financial and professional sectors’ next generation. Working as we do, with many of the city’s largest legal firms and SMEs across the North West we regularly come into contact with the city’s most impressive young professionals; the integral building blocks for any growing business, including our own.

Recognition has a value to business. Awards and accreditations deliver competitive edge, as well as customer confidence. For our own business that includes recognition as a ‘Centre of Excellence’ for Sharp Electronics, becoming a Ricoh Prestige Dealer Partner and being awarded the ISO 14001 environmental certification – one of the first in our industry!

These public recognitions and those encompassed by the Made in Manchester Awards, say something very important about the caliber of the people at the heart of the city’s commercial sector.

In and around Manchester we sponsor and work with sporting clubs, from local netball teams Manchester Thunder and England Netball NW through to the Manchester Giants Basketball Team. For us it’s about people with commitment, skill and a real love for what they do. We are open to potential and possibilities – that’s part of the reason we are so pleased to be involved in this celebration of both. 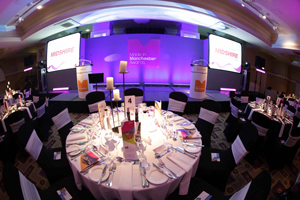 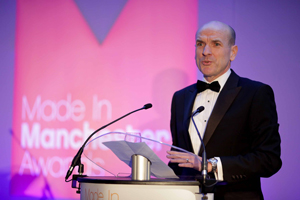 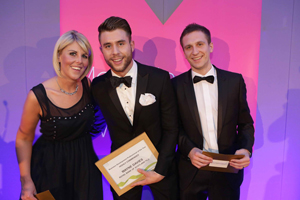 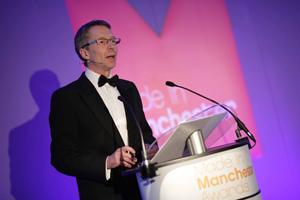 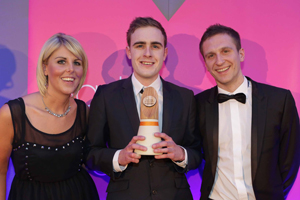 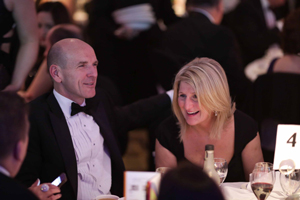 Winners on the evening included young talent from financial and professional firms KPMG, BDO, HSBC, Deloitte, Gateley and BNY Mellon, while individuals at property company urbanbubble and creative firms theEword and Tunafish Media also scooped prizes. The highest accolade of the evening, the chairman’s Rising Star, was awarded to Jemma Bolton of law firm Gateley. Lenox Green from the University of Manchester was named Manchester Champion for his work within the local community through the Rainbow Christian Centre, Hulme.

The awards were staged by membership body pro.manchester, with MEN Media as media partner.

Calling all existing or wannabe Software Engineers. Are you looking for a new challenge in an inno...

We take a lot of pride in the relationships we build with our partners - many of whom we've had the ...