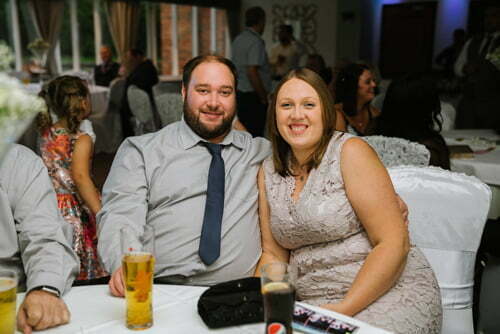 National managed print service provider Midshire is thrilled to announce that it’s staff have raised almost £3,000 for the neonatal units at New Cross Hospital and Russells Hall Hospital who have both given priceless support to Midshire employee Chris Astley’s new-born, James.

Almost 150 Midshire staff were attending a retirement party at West Bromwich Albion F.C’s Hawthorns stadium on Friday 22ndMarch, and raised the money by auctioning a football signed by the West Brom team.

Stores Assistant at Midshire, Chris Astley said: “Essentially all I wanted was to do something nice for the neonatal units at New Cross and Russells Hall. They’ve been such a pillar for me and my family. I had no idea that my colleagues and friends at Midshire would pull through to the level they did, the money just kept going up and up! Incredibly, the winning bidder gave me the football too!”

Midshire’s West Bromwich office also aims to raise more money by holding a raffle draw, with prizes including a spa day for two, a tour of the Hawthorns stadium, toiletries, spirits, and a champagne barge experience.

Chris explained his story: “My beautiful wife Samantha gave birth to James at 27 weeks, and he only weighed 1Ib 9oz. It was terrifying, he could only breathe with special high flow oxygen equipment. The staff on the unit were amazing the entire time. The work was very intense and time consuming, but with their care and dedication James is doing better, we finally have him home and in small baby clothes!

Chris concluded: “There’s still a long way to go, but I think the worst is over, and without the teams at New Cross and Russells Hall I don’t know what we would have done, thank you so much.”

The auction is the first in a long line of initiatives this year aimed to support the hospital and its staff. Midshire’s next exciting fundraiser will be a five-a-side football tournament on April 13th at Pulse Fitness in Wednesbury.

⭐⭐⭐⭐⭐ What a fantastic Trustpilot review from one of our customers! Well done to all the t...